A March of Kings Part III 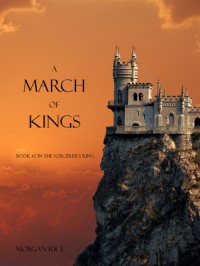 After Gareth had lost one of his most handy council workers out of Gareth's ignorance, he needed to take the heat off of himself. He needed to bring back a topic that he knew would get the rest of the council fired up. So he brought up the murder of his father. The whole council became outraged and were trying desperately to figure out who had murdered the previous king. Only Gareth knew who actually did it. He took this opportunity to get at his brother while also taking off the heat on himself. He announced to the council that he knew who murdered the King. They all became silent while they waited for Gareth to reveal the murderer. Finally he said it... he blamed it on his older brother, Kendrick. The council could not believe what they were hearing. Gareth then got the evidence from the first attempted murder on his father that he had stashed away and said to the council that he had recently found it while going through Kendrick's room. This was a large chance that Gareth was taking, because the entire kingdom adored Kendrick. In fact, they would all rather have him as king instead of Gareth, but Kendrick was not full royal blood. Gareth then watched as the council members argued with each other. The longer they argued, the more doubt about Kendrick that seeped into their minds. Then Gareth realizes that he has gotten rid of one more major problem.

A March of Kings Part II

Ever since Gareth had become the king, the kingdom was very upset. They were destined to destruction and peril unless someone else took his place and they had a different king. The council members were even more upset than any of the towns folk. Gareth was setting up different rules for the kingdom. Some of the council members went on strike and eventually resigned from their positions. This scared Gareth because without them, he would have a hard time ruling the kingdom. Ever since the King had died, the council was doing all of the work behind the scenes, while Gareth was receiving the credit. I don't know how Gareth will survive from this.

A March of Kings

A March of Kings is the second book in "The Sorcerer's Ring" series. It has a nice transition from the last book. In fact, you could even just pick up this book first and the only thing that would probably confuse you is the character's names. Thor continues on his journey after the King died. Gareth takes over which makes all of the other siblings mad. Kendrick had also left to look for a wife so Thor was sort of left alone to continue on his journey by himself. Currently, I am to the part where Godfrey starts to figure out that it was Gareth who killed his father. Also a new character, Steffen, discovers the murder weapon from the night of the king's assassination. It has been a good book so far.

A Quest of Heroes 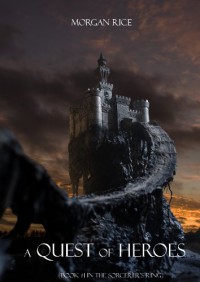 Recently, I read "A Quest of Heroes" by Morgan Rice. This book is about a fictional character named Thor. Thor is a son of a poor farmer. Thor has 3 older brothers who are favored by his father more because of their bigger stature. The 3 sons (not including Thor) were all raised to be part of the silver (the kingdoms army). Thor wanted to be part of the silver more than any of them though. After a while, Thor went out into the woods to chase a lost sheep, while he was looking for the sheep, he encountered a minotaur. He had no idea what to do, so he just charged it, and noticed that he had a mysterious ability that kicked in during dangerous situations. After this had happened, he immediately ran into the city center, to show the silver his power. Once he got to the arena, he saw one of the king's son in a jousting match. Right before the king's son was about to be impaled, Thor unknowingly saved him with his new ability. The king and the kingdom became grateful of Thor. He was then added to the silver. Throughout the rest of the book, he proves to everyone that he can be just as good as a knight as anyone else (even without his power). Thor eventually gets into trouble after he claims that he foresaw the future, but no one believed him. After what he predicted would happen, happened, the kingdom blamed him for the incident, until he broke out of prison and explained himself. This book is full of plot twists, with a vast number of different characters. It keeps you on your toes throughout the entire book, with many adventures. All in all, it is a great introduction to the amazing series by Morgan Rice.